Welcome to the Agricamper Cecina

The camping estate for your holidays on the Tyrrhenian Sea in Tuscany with the dog.

Your camper campground in Cecina

The agricamper is located in the beautiful Etruscan Coast, on the Tyrrhenian Sea in Tuscany.

Pitches equipped for campers in Cecina near the sea

Ideal for your family holidays and with your dog in the Etruscan Coast, on the Tyrrhenian Sea in Tuscany.

For a holiday in complete freedom! 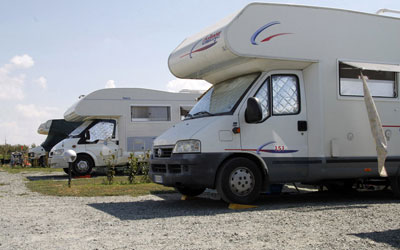 Why choose us?For the position.

Agricamping Cecina, completely immersed in the green of our Tuscan countryside, has ample parking areas for campers. 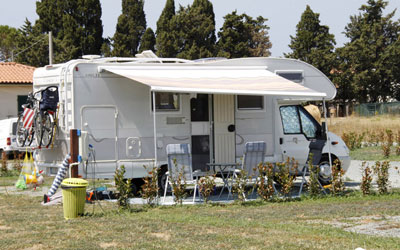 For servicesPitches equipped with all services.

The 9 stalls are large and contain two camper places each for a total of 18 campers, all equipped with electrical connection and bordered by hedges, the pitches are sufficiently sized to ensure complete opening of the awning. 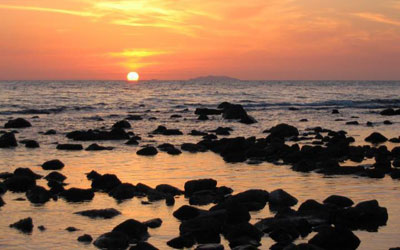 For relaxationWe have a swimming pool and solarium.

Available to all guests an outdoor pool that allows you to refresh the games of children and not only, during the hottest days, with a large solarium equipped with sun umbrellas and deck chairs.

Agricamping Cecina, completely immersed in the green of our Tuscan countryside, has ample parking areas for campers.

The 9 stalls are large and contain two camper places each for a total of 18 campers, all equipped with electrical connection and bordered by hedges, the pitches are sufficiently sized to ensure complete opening of the awning.
This type of "couple" arrangement allows friendly crews to position one in front of the other with the two contact awnings, ideal for sharing lunches and dinners, while for independent crews, you can park with the opposite sides of the camper, so that everyone can have their own privacy under their own awning.

Each pitch has a tap of drinking water, while for the discharge of gray and black water, a functional camper service is available. The camper service was built with the advice of an experienced camper: it has a wide driveway platform and a column for water loading.

To drain the toilet crates there is a special cockpit very comfortable and equally well made.

some photos of Agricamper Gioia Selvaggia and Fabio of Cecina... 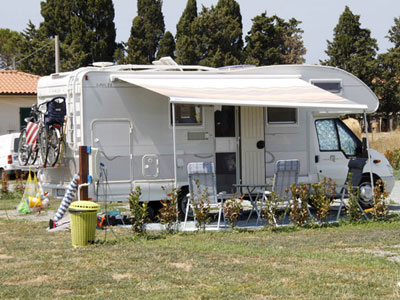 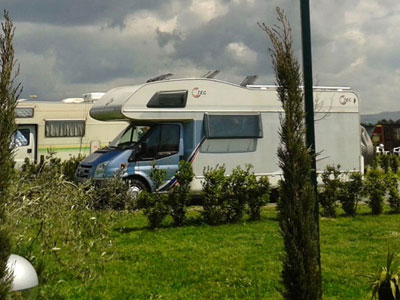 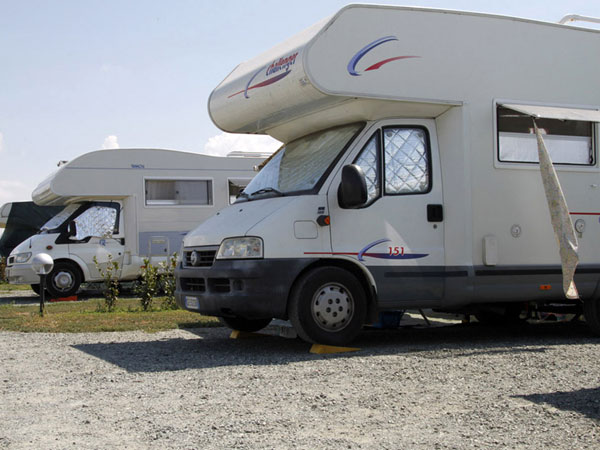 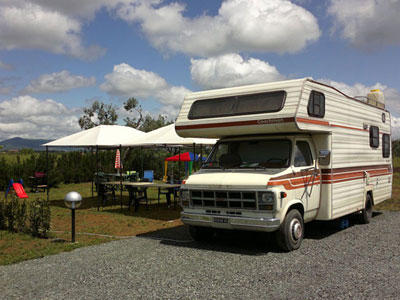 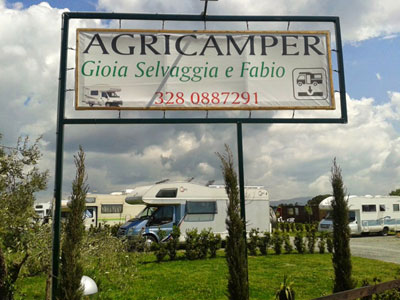 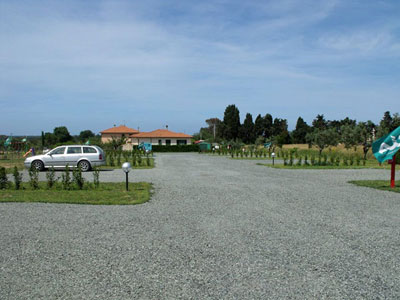 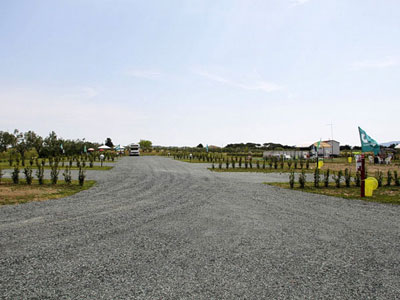 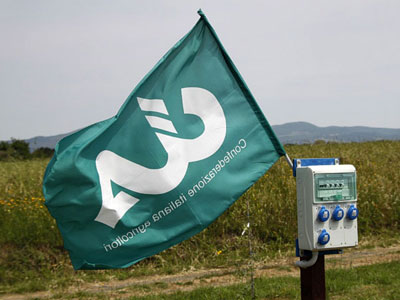 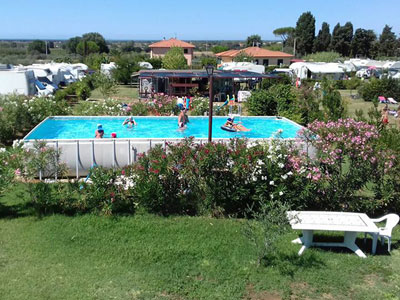 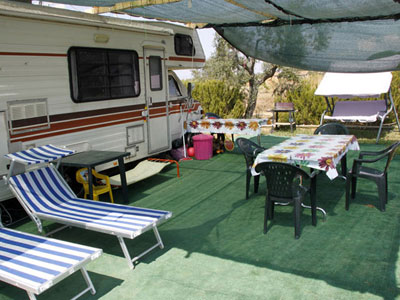 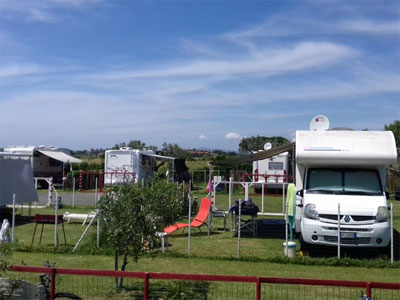 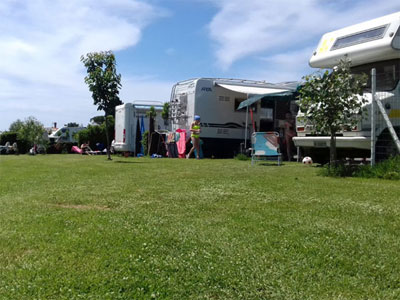 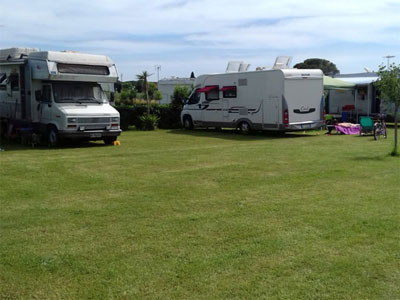 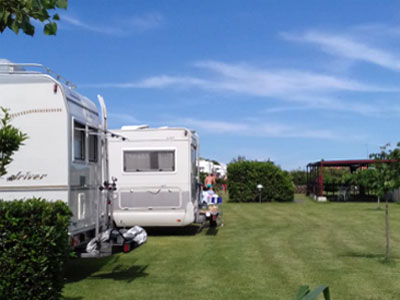 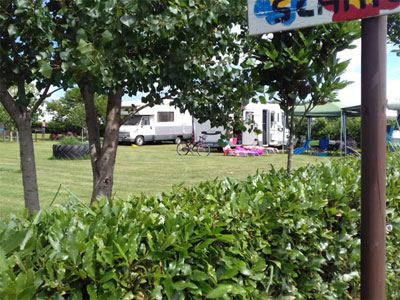 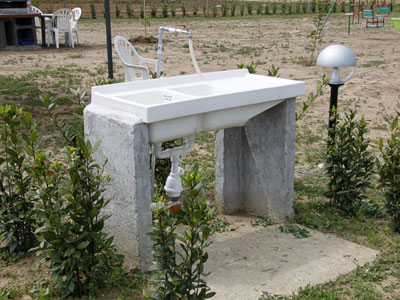 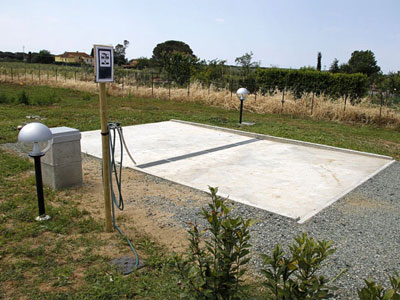 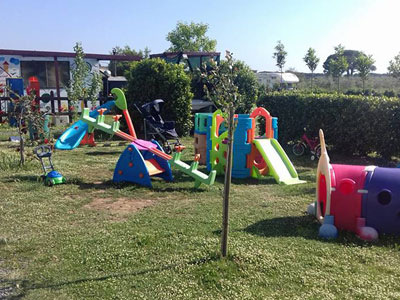 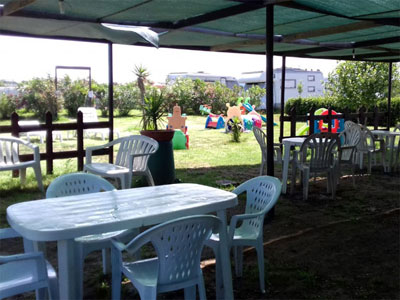 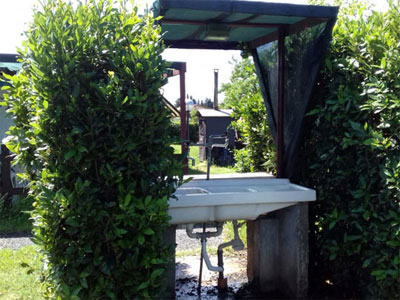 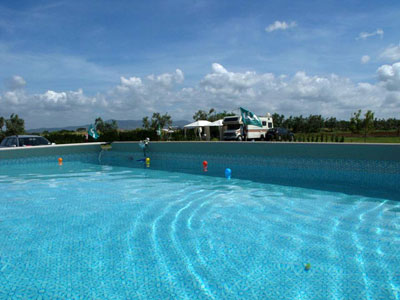 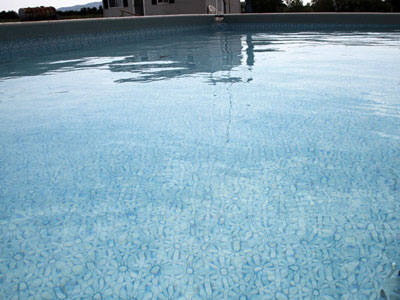 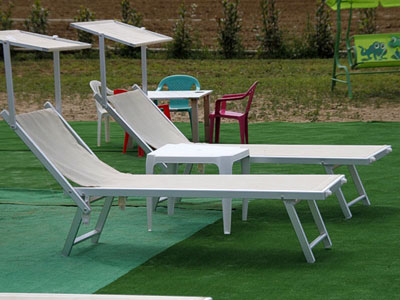 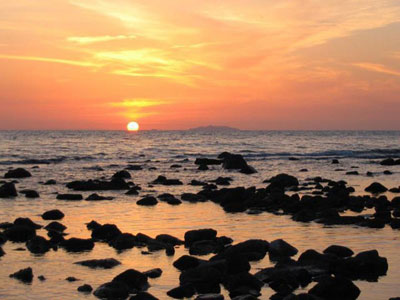 The Cecina agricamper has a fully fenced, well-lit playground and is located away from the asphalt road.

Available to all guests an outdoor pool that allows you to refresh the games of children and more, during the hottest days, with a large solarium.

A barbecue area with adjoining gazebos, tables and chairs allow the realization and consumption of community and non-community barbecues.

Pets allowed.
And for our little guests...
A hilarious Baby Club with beautiful mascots! 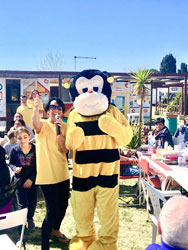 Prices do not include:
• Hot showers
• City tax

The feeling that first accompanies the traveler or the tourist in this part of Tuscany is that of a nature that is hostess and accompanies it, with its colors and its musicality, along paths of history, relaxation and flavors.

The tastes of a simple cuisine, but rich in recipes with genuine and inviting ingredients. From the nearby hills of Gabbro (the native land of Nada), the most forested bridge with historic Livorno, a curious traveler of art and culture is less than an hour's drive from the beauty of the Etruscan land of alabaster : Volterra. And then Pisa with its squares and lungarni.

Itineraries of taste along the Wine Route, the planned itinerary that crosses villages and olive groves and vineyards. Important wines such as Sassicaia, Ornellaia and Grattamacco, which have made this area famous, to be enjoyed in the shade of a wine shop in Bolgheri, not before having traveled its impressive avenue of Cypresses. Five kilometers of ancient trees sung by our Giosuè Carducci.

Ancient stone mills and a growing crop of organic products everywhere, even near us.

For those who believe it's never too late to take care of themselves, nothing is better than a thermal bath. From the thermal baths of San Giuliano near Pisa, passing through those of Casciana Terme and Venturina, one arrives in Grosseto at Saturnia, with its warm winter waters.
From north to south, this strip of land pampers you in every way possible. Mandatory stop along the Etruscan Coast is Populonia, the only Etruscan city on the sea. An evocative visit to the Necropolis at the foot of the castle of Baratti and a dip in the clear waters of its Gulf.

After many surprises, the beaches and the pinewood await you from Cecina Mare to the south to Bibbona and beyond, to the north to Vada with its famous white beaches, coveted by those who love long walks on the water's edge and a Caribbean tan. and then Rosignano with its now launched port.

For the most demanding we recommend Castiglioncello where more than one flight of steps, between "Belle Epoque" villas, leads to the "Baia del Quercetano" where we recommend a mask and fins for those who love the sea floor.

What do our customers say?

Some of our customers love us and prove it!

Simple parking area but with all services. Surrounded by greenery and silence. Very friendly and helpful managers.

Area in the countryside about 3 km from the sea. The manager is very helpful. Wide stalls with water and current. Nice swimming pool. Recommended.

Enjoyed the excellent availability of managers for one night before boarding from Piombino. 15 euros 24h, large pitches and grass, plenty of free space where children can play freely. Water load in the pitch, in the price the use of the swimming pool (obligation of cap).

Visited passing through the end of June 2017, very kind and very courteous managers, spacious pitches with lawn, well-kept and bordered by hedges, our 3 boys had fun in the lovely pool and play area. Quiet and silent night.

Do you have any questions? Send an email to info@agricampercecina.it

or fill out the form:

Send us an email of information

Where we areCecina, Tuscany
Etruscan Coast